Barberry and Ticks Japanese Barberry (Berberis thunbergii) is an invasive plant native to Asia. Common Barberry (Berberis vulgaris) is native to Europe and Asia. Barberry can invade forests, meadows, wetlands, and dunes. These were introduced in this country as ornamental plants and now have invaded our natural areas. The barberry’s dense […] 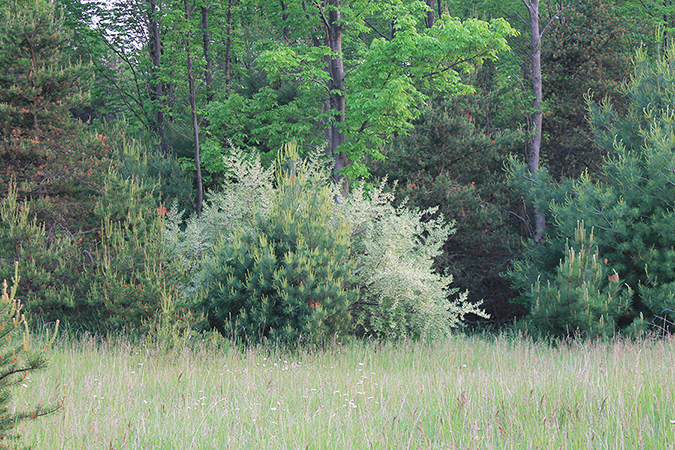 Is it Oak Wilt?

Why we care Oak wilt kills healthy red oaks. White oaks can also be affected but are more resistant and less vulnerable to mortality from the disease. Once a red oak becomes infected with the oak wilt fungus, the tree will die, and there is no treatment to save […]

Select appropriate species for the site.  Different species of trees will require different amounts of moisture, sunlight, soil nutrients and space.  Selecting a tree that matches your chosen location means less maintenance in the future. For safety locate underground utilities before digging.   If the species you have selected grows tall […]

Each cut has the potential to change the growth of the tree. You must always have a purpose in mind when making a cut. Proper technique is critical as improperly placed cuts can cause long lasting damage. Trees do not heal in the same way as people, rather a wounded tree walls off the […]